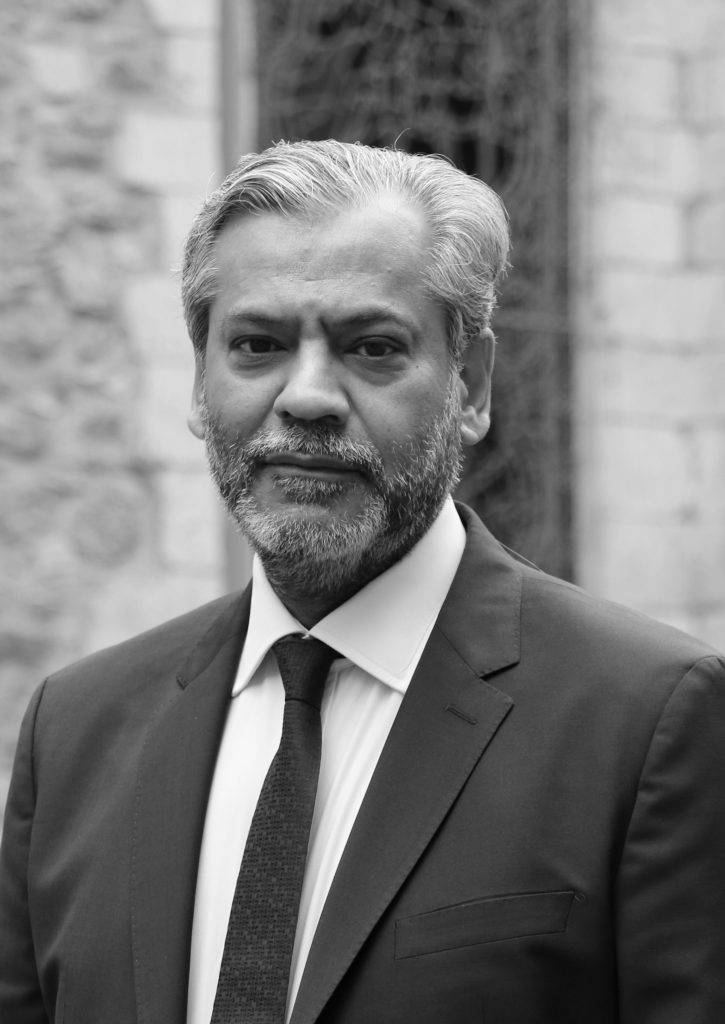 ‘He has great client empathy.’

“ The ‘calm and composed’ Amjad Malik QC is noted for his ability to provide ‘a clear case strategy from the off, and maintain it through the turbulent waters of a trial’.”

“Well regarded for a broad criminal practice focused on complex homicides and drugs conspiracies. He is particularly experienced in the area of white–collar crime.”

“He is articulate and surgical in his advocacy, and the way he digests information and gives advice is amazing.” “He prepares his cases fantastically thoroughly.”

A leading Silk in the field of Crime and in Fraud demonstrating a multi disciplinary skill set encompassing civil, commercial and criminal expertise.

Amjad Malik QC is continuously instructed in the most complex and important of cases. He is sought after by solicitors because of his stylish, persuasive advocacy and is known as being at the forefront in the field of fraud, corruption and commercial crime such including confiscation and restraint.

Recently he has been asked to advise clients in a matter with regard to facilitation payments under the Bribery Act. He represented JM in the landmark proceeds of crime case, A, M and others (Operations R and A), the money laundering of £40 million through London Currency Exchange Bureaus tried in 2013.

He has also recently represented KM in R v SB and others (Operation V) a MTIC fraud, causing a loss of approximately £95 million to the taxpayer.  R v M and others 2015  defending in a Money laundering enterprise through a Midlands currency exchange.

He also executes a regulatory and civil expertise when appearing before specialist regulatory tribunals: the General Medical Council; the Nursing and Midwifery Council and the Healthcare Professionals Council. He presently represents a Consultant Professor in  GMC v B, charged with publishing plagiaristic research articles in a number of international medical journals.

He has wide experience of many aspects of mental health law including mental capacity, healthcare law and human rights. His practice encompasses many areas in which this specialism is important, for example, the Court of Protection, prison law, community care, torts actions, inquests and inquiries.

He possesses an in–depth knowledge of terrorism offences and has long experience of “Honour Killing” crime; defending JD in the Southall murder of Geeta Aulukh at the Central Criminal Court.

Elected President of the Association of United Kingdom Muslim Lawyers (2011-2016) http://www.aml.org.uk/cms/ The membership consists of some seven hundred solicitors and barristers. He has helped in the development and advancement of understanding in areas of Sharia law with regard to English civil, commercial and family law. See seminars.

He is regularly invited as a keynote speaker in Terrorism legislation, Honour Crime and Hate Speech crime seminars (“Speech Crimes” Published in The Barrister issue 48).