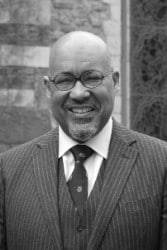 Guy has a commanding presence in the courtroom which he uses to good effect.  His imposing figure stems from former careers as a senior police officer and super heavyweight amateur boxing champion.

Guy has significant experience in the successful defence of trials for robbery, offences against the person and public order, sexual offences, drug trafficking and POCA applications, fraud, and immigration related cases. In addition he has undertaken police disciplinary hearings and courts martial. Guy appears in courts and tribunals at every level.

He has a keen interest in sports law, the regulation and governance of sport, and the interaction between sport and the criminal law.

Guy was decorated with the Queen’s Police Medal for distinguished service in 2004.

During his 28 years of police service, he was the holder of a Chief Constable’s Commendation.