“A silk you can trust to leave no stone unturned; no small detail escapes his attention. His advocacy is a work of art.“ - Legal 500 2022 recognises Kerim Fuad as a Leading Silk 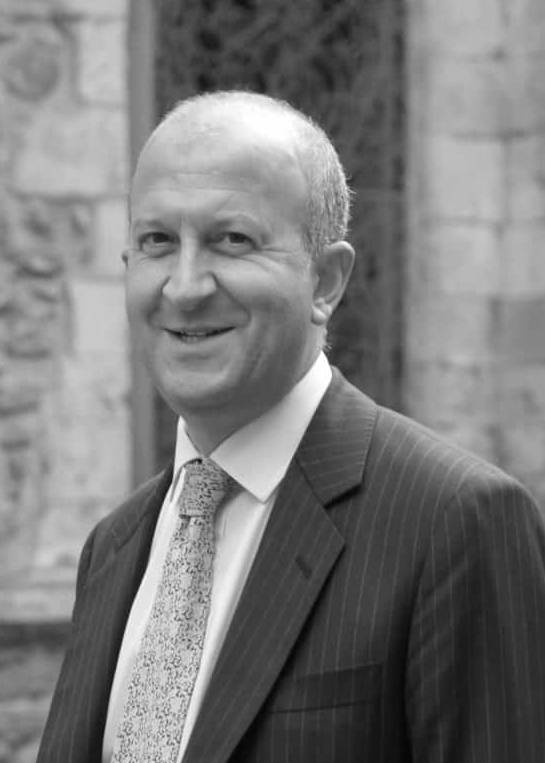 “A silk you can trust to leave no stone unturned; no small detail escapes his attention. His advocacy is a work of art.“

"Everyone who instructs him loves the way he works, the way he presents cases and the way he always gets great results."

“First Class, I can say no more”

“Thorough and meticulous in preparation, a charming advocate and a joy to work with…”

“Kerim delivered, in defence of his client, one of the most powerful and eloquent closing arguments I have ever seen”

“Kerim Fuad QC’s supreme mastery of the evidence is only surpassed by his ability to charm jurors and judges alike. He combines being the father of the house at the central criminal court with an extremely approachable and down to earth character who leaves clients with an unvarnished understanding of their predicament and a sense of relief that they are represented by the man to get them out of it.”

Kerim Fuad QC is the former Head of Church Court Chambers and Leader of the South Eastern Circuit. He is the first choice highly experienced defence silk for instructing solicitors’ high-profile, sensitive and most difficult cases.

Kerim is a QC who is prepared to roll up his sleeves and fight fearlessly for his clients. His win rate is breathtaking and is second to none. He has been described as an “ingenious” barrister with a unique ability to relate effortlessly with juries. The court trusts him.

Kerim Fuad QC was the elected Leader of the South Eastern Circuit for 2017 and 2018, a reflection of the esteem with which his peers and the senior judiciary view him.

Kerim is regularly instructed in high-profile, complex and sensitive cases, for example the murder of Damilola Taylor, “the Exeter Bomber”, “the Three Cooks Bakery” murder “the Clockwork Orange” murder, the Uber Driver wife murderer, to name but a few. Kerim’s extraordinary energy, humanity and compulsive attention to detail means that he enjoys great success in defending his trials.

Accordingly he has regular success in huge fraud trials, including by way of example the largest fraud against the NHS to date. He recently represented the main defendant in a 3 month fraud alleged against deaf charities, a complex allegation of cheating the revenue matter at the Old Bailey. He was also counsel in of the largest European human trafficking cases ever.

He is also an Environmental law specialist, working for Thames Water.

Since taking silk Kerim has developed a practice of back to back murder, terrorism, serious sexual abuse and fraud trials, nearly exclusively at the Old Bailey, where he has been described by a resident judge as “the father in the house.”

Kerim has a wealth of past experience prosecuting crime (in particular sexual abuse) at all levels. This gives him a huge insight into the need to protect and understand the needs of vulnerable witnesses. The combination of his empathy, determined and sensitive approach led to great success which later formed the template for his highly astute trial tactics.

He was chosen to work on both National and Local “Better Case Management” Committees in a bid to improve the quality of the experience facing all court users. In particular those who are the most disadvantaged and who naturally can find the crown court an oppressive, daunting and scary place to appear. He hopes to help break down those boundaries.

Kerim is specialist vulnerable witness trained. He has a vast deal of experience in dealing with and obtaining the immediate trust of young and challenging clients and prosecution witnesses. His experience of mental health cases, especially unfitness to plead, defences of insanity and diminished responsibility is second to none.

Kerim has built a first class reputation for winning. He thrives on difficult cases and securing acquittals against the odds, in the face of seemingly the strongest of evidence.

This is why he is one of a small group of QCs who are regularly instructed to defend the most serious cases in the country at the Old Bailey.

He is renowned for his ability to cross-examine experts on complex forensic evidence, and is often instructed in murder cases which demand his understanding of forensic pathology and cell site analysis. He is an outstanding jury advocate who has an innate ability to bring warmth and humour to even the most sensitive of cases. He is renowned for his passionate and persuasive opening and closing speeches.

Kerim is highly regarded for his meticulous attention to detail and he values the importance of having Queen’s Counsel on board from the earliest opportunity and regularly insists on seeing clients in conference to reassure them even before a representation order for Silk is granted.

Kerim accepts instructions in all criminal and international matters and has been instructed by leading magic circle firms, to provide his criminal and regulatory expertise.

Kerim has long had an interest in international law and the benefit to be gained in learning from other legal jurisdictions and forging close cultural ties. Kerim was born in Kampala, Uganda and has lived in Hong Kong; he is of Cypriot heritage. Kerim proudly Co- founded and Co- Chairs “the Cypriot Lawyers’ Society.”

In March 2018 he was specifically chosen by the British High Commissioner to teach advocates in Cyprus and harmonise relations between the two communities. He made strong associations with both Chief Justices there and met their respective judiciaries.

Having fled Uganda as a refugee in the 1970s, he understands better than most the difficulties displacement and isolation can bring.

In November 2016 he was the only QC in the country to be selected to visit the Scottish High Court and attend the Scottish CBA Conference.

There he was privileged to give a detailed talk on “Registered Intermediaries- The Theory in Practice in England and Wales.” He has developed strong ties with the Dean and Vice-Dean of the Faculty of Advocates.

From 2012 to 2016 Kerim Fuad QC was an active member of the Executive of the Criminal Bar Association.

He was the appointed Chair of the Hertfordshire and Bedfordshire Bar Mess from 2013 to 2016.

In July 2019 Kerim Fuad QC was appointed by Sir Stelios Haji-Ioannou (of Easyjet) as a specialist adviser for his Philanthropic Foundation, focusing on matters relating to the island of Cyprus.

Kerim is a qualified Advocacy trainer for the Middle Temple.

He has also been a pupil supervisor for 21 years.

Kerim Fuad QC believes that with the right positive mindset anything can be achieved.

“Do the right thing, not the easy thing.”