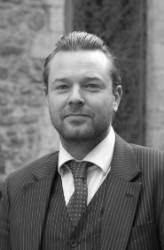 Liam’s practice encompasses a broad range of the most serious criminal offences. He has worked  domestically and internationally, at the Hague and in Africa. He represents the most vulnerable on legal aid as well as a significant private client base.

Liam is known for his thorough preparation of cases  and excellence in advocacy. Liam also has expertise in regulatory law and conducts cases in relation to health and safety, food hygiene, licensing, The Nursing and Midwifery Council and The Pensions Regulator.

Liam regularly appears in the Court of Appeal, in relation to both sentence and conviction. He is also instructed in relation to cash forfeiture and the proceeds of crime as well as  complex fraud cases.

Liam has experience in judicial review and is a co-author and contributor to Criminal Judicial Review (Hart Publishing).

CCPS Guides to Ugandan Law on Hearsay, Disclosure and Identification evidence, published online and free to access to all Ugandan Lawyers through the Ugandan Law Society and UNAFRI websites