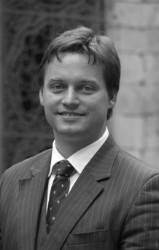 Michael is currently acting in some of the most newsworthy cases including the Cyprus Rape trial and appeal, a challenge to the Government’s Huawei 5G plans, the defence of an artist’s freedom of expression, and a number of large scale private prosecutions in areas such as fraud and torture. Alongside this cutting edge work, Michael is also instructed to defend in a number of lengthy complex fraud and drug conspiracies.

In regards to strategic litigation, Michael’s strong understanding of the full range of legal options in both the domestic and international legal spheres means that he is able to advise on the best way to solve a client’s particular legal problems, whether they are individuals or an organisation, and whether that solutions lies in the civil, public law, private prosecution, or international law arenas.

• Co-ordinating the defence of the British teenager who has been put on trial in Cyprus after reporting a gang rape;
• Submitting communications to the United Nations’ Special Procedures, the Working Group on Enforced and Involuntary Disappearances and the Working Group on Arbitrary Detention and appearing before these groups on behalf of clients in China and Bangladesh;
• Assisting the Uyghur community with a number of different legal areas and speaking at the World Uyghur Congress’ Conference in Washington in 2019;
• Drafting successful representations to the Commission for the Control of INTERPOL’s Files to remove Red Notices. Michael is also the author of leading legal publisher Westlaw’s Insight article on INTERPOL Notices explaining the notices and the possibilities as to how they can be removed;
• Assisting clients as a member of the Foreign and Commonwealth Office’s Pro Bono Panel set up to promote and protect the human rights of British nationals detained overseas;
• Assisting on research for an appeal at the International Tribunal for the Former Yugoslavia;
• Working on the Mau Mau litigation in regards to the situation in Colonial Kenya;
• On secondments with the Public Defender in Jamaica, the Black Sash in South Africa, and at the Khmer Rouge Tribunal in Cambodia; and
• Working on a Hague Convention case involving the alleged abduction of a child from Italy to the United Kingdom.

Michael is regularly instructed to defend in serious criminal matters. He applies a forensic approach but is able to relate well to juries as well. Michael’s secondment at the Financial Conduct Authority where he worked on a matter concerning alleged breaches of the listing rules by a major financial institution expanded his fraud knowledge and experience.

Michael has acted in trials involving the full range of criminal offences including:

Michael represented the first defendant of eight, alleged to be the mastermind of a conspiracy to evade excise duty payable on the manufacture of hand rolling tobacco from raw tobacco in regards to consignments imported by air with a gross weight of 75 tonnes.

It is alleged that the defendants created an “immensely complex” set of records and numerous shell companies to hide their real purpose – to import raw tobacco and then treat it so it could be sold for use by smoking. All other defendants were found guilty and a retrial for Michael’s client will being in January 2021.

Michael Polak successfully represented a Defendant in a lengthy trial St Albans Crown Court who was alleged to be involved in a 8 handed courier fraud conspiracy involving the defrauding of a number of individuals of over £350 000 by the participants.
The trial included a large amount of telephone cell-site evidence and the cross-examination of an expert in this area. The defendant Michael Polak was representing was one of only two Defendants out of eight who were found not guilty after trial.

Michael acted as leading Counsel representing a defendant in this 9 handed lengthy youth robbery at St Albans Crown Court. The case involved three knife point robberies committed by a gang of 9 young men against other youths in the local area. This case involved a large volume of telephone and CCTV evidence and careful management of young a vulnerable defendants and witnesses.

Michael Polak successfully defended a client alleged to have been involved in the assault and the kidnapping of a youth. After a 5-day trial at Northampton Crown Court the jury returned unanimous not guilty verdicts.

Michael is regularly instructed to advise on appeals of both convictions and sentences to the Court of Appeal and is currently instructed to pursue an appeal to the European Court of Human Rights.

Michael can advise individuals who may find themselves subject to the jurisdiction of an international court or tribunal as well as organisations who may be considering submitting a communication to the Prosecutor of the ICC for her to consider prosecution in regards to certain situations.

As well as the international matters listed above which involve human rights arguments Michael is often instructed in domestic human rights public law and civil cases. This has included judicial reviews involving the provision of Kosher food to Jewish Prisoners, actions for assault on prisoners by prison guards or other inmates, and public law challenges to unfair prison adjudications.

Another human rights area in which Michael practices is extradition law and cross-border criminal investigations. In extradition, Michael has appeared in multiple applications for the Respondent raising arguments based on the Human Rights Act, procedural bars, and conviction in absence grounds. Michael has also successfully acted for a Pakistani national who was apprehended in Eastern Europe on a Red Notice issued on the request of a Middle-Eastern state to have it removed. Further to this Michael is also the author of leading legal publisher Westlaw’s Insight article on INTERPOL Notices explaining the notices and the possibilities as to how they can be removed.

Michael also has experience of inquiries have worked as a paralegal for the Secretariat to the Alexander Litvinenko Inquest before commencing pupillage and having also spent time on the West Kingston Commission of Enquiry (Tivoli Enquiry) in Jamaica which examined the circumstances surrounding an incursion by the Jamaican security forces into an inner city community which resulted in the death of over 70 people.

Michael is also an elected member of the South-Eastern Circuit and the Bar Council.

Michael has been a visiting Lecturer at Birmingham University Medical School where he taught subjects such as the law of abortion, patient choice, and euthanasia. Michael has also provided a guest lecture on criminal law at Birkbeck College, University of London.

Michael has been awarded the following awards and scholarships:

Michael also voluntarily work for youth charity the Renaissance Foundation as the Skills for Life Programme Director. This involves putting together and running a practical skills programme with expert speakers and practical exercises for underprivileged young people.

During the Coronavirus crisis Michael set up and ran Fuel Our Frontline which delivered over 14 tonnes of groceries to frontline NHS staff members at over 30 British hospitals.

Polak, M.J. The Jadhav case and the right to consular assistance: ‘confessions’, spies, and remedies in international law. Indian Journal of International Law 57, 385–409 (2017).

Interpretation of Legislation under the Human Rights Act, November 2016

Domestic Workers’ Rights Booklet, You and Your Rights, the Black Sash, South Africa, 2010

Constitutional Rights of Children Booklet, You and Your Rights, the Black Sash, South Africa, 2010

Net Neutrality: Stronger Rules Needed in US and EU, Article 19, 2011

The Exclusion of Evidence in Criminal Law, Brunel University, January 2017

Visiting Lecturer at Birmingham University Medical School teaching subjects such as the law of abortion, patient choice, and euthanasia, 2015-current

Honourable Society of the Middle Temple