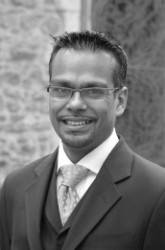 Mizan enjoys a broad practice at the Bar which includes Family, Sharia (Islamic Law), Crime and Commercial litigation. He is a CEDR Accredited Mediator.

Between 2011 and 2014, Mizan was Legal Assistant to [then] commercial barrister Robin Knowles CBE QC, as of October 2014 the Hon Mr Justice Knowles CBE. This role has allowed Mizan to gain a wealth of experience within the environment of contract law, bankruptcy and corporate insolvency and reconstruction, mediation, arbitration, commercial litigation and company law.

Mizan assisted with legal research on various aspects of counsel’s practice and with the encouragement and development of Pro Bono work nationally and internationally.

Mizan gained commercial trial experience, equivalent to that of a second junior in major cases. Examples include: (a) He assisted counsel in the case of New Cap RE v AE Grant, which went to the Supreme Court of England and Wales. A landmark case of 2012, the question for the Supreme Court was when enforcement of a foreign judgment may be effected at common law, or under the Foreign Judgments (Reciprocal Enforcement) Act 1933 or through the Insolvency Act 1986, s 426. (b) Mizan also assisted on a contract and partnership trial in the Chancery Division of the High Court; and (c) He assisted with a Commercial Court trial (with experts) concerning the validity of a multinational restructuring.

“Mizan was an invaluable asset to my case. He discussed with me very difficult matters in a friendly and approachable way with great explanation to ensure I fully understood the situation. Above all else his manner is natural and  likeable and he has integrity, so whilst it is never a great day in court he carries you through it smoothly and keeps your spirits high. On the day Mizan delivered a better result than I could have expected”

Mizan has a strong commitment to pro bono and has been involved in the development of projects at local and international level.

At PBLMC, Mizan had led the arrangement of a number of seminal speeches and seminars:

– Organised the trip to London and keynote speech of the Chief Justice of Rwanda entitled “Rwanda, Past Present and Future” (2013)

– A conference co-organised with Oxfam on the “United World” (2012)

– 2013 to date, Advisor to the Pro Bono Project in the British Virgin Islands

2012 to date, Vice Chair, UK Board of Sharia Councils

2007 Called to the Bar of England & Wales by the Honourable Society of the Middle Temple.

In addition to the ‘black letter subjects’ Mizan studied Islamic Law. He also undertook an independent study project on the Recognition of Muslim Family Law within the Scope of the English Divorce Law.

The project required an interview with Dame Elizabeth Butler-Sloss GBE the former President of the Family Division.

1994 Financial Services and their Regulations parts 1/2/ and 3. SFA Securities Representative.