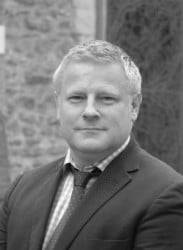 At a recent murder trial, a senior Old Bailey Judge, specifically commended Stephen
Bailey, for the “Excellent representation of his client during the trial” See the case of A (2010.)

The Director of Liberty Law, Attiq Malik, describes Stephen as “a true master of advocacy” and Church Court Chambers should be “proud” to have him.

• Instructed on a regular basis in two counsel cases, as leading counsel.

• Instructed in serious, complex and difficult cases but always available to represent clients at all levels of criminal cases to ensure that the client has the best available representation.

• A hard working and dedicated defence brief, who always presents to the court, fearlessly and without regard to his personal interests, the defence of his client.

• A likeable and very approachable lawyer.

• The representation of young or vulnerable clients.

• The difficult and sensitive area of the cross examination of child witnesses.

• The vital area in case preparation, of disclosure, P.I.I. and third party disclosure