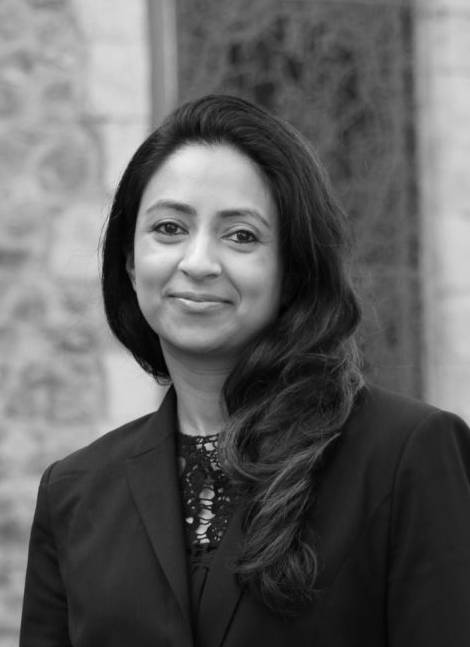 “I would just like to say thank you for your help and assistance with regard the hearing on Monday. It has been an incredible strain for me over the past months being a LIP and your understanding of my position has helped me tremendously; the outcome of which I could not have asked any more.”

Sumita was called to the Bar in 2001. She practices in the areas of crime and family law. Her practice in the area of family law encompasses the following:  Child arrangements (contact and residence); specific issue orders (name change, religion and schooling); adoption and special guardianship applications; domestic violence injunctions; financial matters and disputes and leave to remove from the jurisdiction.

She is able to use her own experiences in understanding that clients in this arena are at their most vulnerable and therefore require counsel who is empathetic to their situation and can provide reassurance; her client care is exceptional and she has an ability to communicate the technical legal process to vulnerable clients. Sumita recognises that at whichever court or stage of the proceedings, the outcome for the client is significant. In addition to this her aim is to achieve the best outcome for the client in the most timeliest manner. She represents parties in all children proceedings, both care and private children law and also undertakes cases in financial remedy proceedings. She also has experience of acting on behalf of parents in care proceedings and recently represented the child in care proceedings, who had separate representation.

As a result of Sumita’s criminal practice, she has particular experience in inter disciplinary cases, where there is a cross over between family law and crime, which provides for tough and effective advocacy.

She has also provided a webinar lecture for the Lexis Nexis website on an update in family law 2017- a yearly roundup.

The case of R v RH 2017, was an appeal from Oxford Crown Court where LJ Treacy gave sentencing guidance on cases of child abduction. In the reported case of R v Darlow, the Court of Appeal gave guidance on sentencing for cases of indecent exposure, where the Court commented upon ‘Miss Mahtab’s earnest and excellent submissions’. In her serious sexual offences practice, she has represented a serial rapist who was operating in East London, rapes and sexual assaults against minors, grooming cases, historical rapes and relationship rapes. She also has experience in proceedings involving young and vulnerable witnesses and has been involved in many s.28 hearings, and so has the necessary and vital  experience in cross examining vulnerable witness. She has had involvement in Operation Bullfinch (Oxford sexual grooming case).

Sumita has been instructed on many multi hander drugs and fraud trials and has experience of dealing with the forensic analysis of scientific evidence and cell site analysis data which is always present in that arena. Due to her exceptional client care skills and ability to put clients at ease, whilst at the same time instilling confidence, she is particularly effective in dealing with vulnerable clients and has conducted finding of fact hearings upon a finding of unfitness to plead and has also represented defendants requiring an intermediary. She takes great care to ensure that each case is fully prepared and all legal arguments made in a timely manner, in fact in a recent rape case, following a  section 8 disclosure application being aggressively pursued, the Crown subsequently offered no evidence.

She has also appeared at the Court of Appeal, including cases which have been reported in the law reports.

R v. B: Sole counsel on behalf of the defence in a sex case involving a vulnerable and young complainant (s.28 case).

R v. W: Sole counsel on behalf of the defence in a historic sex case, which has included legal arguments on the admissibility of ABE.

R v. S: Sole counsel on behalf of the defence in a historic sex case when the defendant was a youth.

August 2021, R v. A- Led junior in a 4 week trial at Southwark crown court prosecuted by Trading Standards. The trial included legal arguments of duplicity of the indictment, s.8 disclosure arguments and legal arguments, including the definition of a ‘trader’ within the Business Protection from Misleading Marketing Regulations 2008.

R v. F: Leading junior in a 9 -hander, 5 month perverting the course of justice trial where 5 of the co-defendants were being tried for murder.

Memberships and Positions of Responsibility

Member of the Criminal Bar Association

Member of the Family Bar Association

Former school advisor to schools in the London Borough of Newham