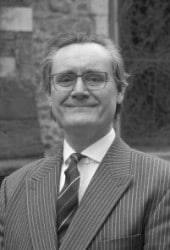 Called in 1990, Colin McCarraher was the founding Head of Chambers at Church Court and has been in independent practice for 25 years. During that time he has established a reputation for determined, fluent advocacy with a proven track record for winning cases both large and small all over the country.

He is qualified as an International Commercial Arbitrator and is fluent in Russian.

Colin McCarraher has advised government departments on Human Rights with regards to the Iraq war and the Republic of Yugoslavia conflict.

He is regularly instructed as leading junior counsel and in that role, recently defended in a 9 million pound drug supply case, murder, major drugs supply and contract killing case.

He represented the Balcombe anti-fracking protesters and frequently advises those engaged in civil disobedience campaigns.

He has been instructed in all aspects of criminal law, prosecuting and defending, particularly serious crime involving banking fraud, organised crime, corruption, money laundering and proceeds of crime. He also appears in human trafficking, child abduction and serious sexual offences.

He served for 25 years in the Royal Naval Reserve and Intelligence Corps (V) so he has a sound knowledge of maritime matters and the Armed forces in general.