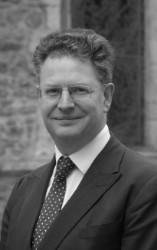 1. Fraud Act: Mortgage Fraud – Title Fraud: 2 month trial (and two week re-trial) at the Crown Court at Preston. Mr Newcombe’s FCA approved mortgage broker client (of good character) was charged with making false representations on behalf of clients in order to induce mortgage lenders to believe that a number of residential conveyancing transactions were genuine, when they were not. Properties were “sold” without the real owners knowing.The defence case that the broker was not a knowing participant was accepted by the jury. Detailed cross-examination of the Crown expert on a large number of conveyancing files assisted the defendant’s case.

2. Murder: Central Criminal Court: 2 month trial at the Central Criminal Court. Mr Newcombe was led by Mr Kerim Fuad QC, head of Church Court Chambers. A man was stabbed to death outside Stockwell Underground Station during a public order incident. Two young men were tried for murder and several others were charged with conspiracy to commit violent disorder and GBH with intent.The evidence against Mr Newcombe’s client was: (a) he was seen on CCTV running into the fracas; (b) the deceased’s blood was found on his hoody and (c) he was seen on CCTV re-enacting what appeared to be the fatal blow, afterwards.The jury accepted his case that he was neither a principal or secondary party to murder, and he was acquitted of all charges. He had assisted the police with their inquiries at all stages. The forensic evidence of the blood staining was in fact consistent with that which any bystander at the scene may have been expected to have received, according to the prosecution forensic expert, in cross-examination.

3. Conspiracy to Defraud: Mortgage Fraud, tried at the Central Criminal Court. The prosecution case against the defendant (bank employee of good character) collapsed after 4 weeks of financial expert evidence against this defendant and several others. The allegations included use of false documents to obtain many millions of pounds of mortgage advances.Dogged pursuit of disclosure requests, combined with a written submission of “No Case” at the end of the prosecution evidence lead to no evidence being offered at that late stage, against Mr Newcombe’s client.

4. Offence not Disclosable: Appeal against Conviction: Court of Appeal (Criminal Division): Mr Newcombe acted for an Appellant before the Full Court, with leave to appeal, and bail for the Appellant. The nature of the Appeal concerned “Fresh Evidence”. The conviction was quashed. A reporting restriction is in place relating to the Judgment of the Court.

5. Rape: Crown Court at Bradford. The defendant was acquitted of raping his own son, several years earlier. The jury heard about the defendant’s previous conviction for unlawful sexual intercourse with his step-daughter (aged 15 ½ at the time). This conviction’s use by the jury was limited to background only and not propensity, after submissions before the learned judge.

In 2015 Mr Newcombe represented a Bishop (of previous good character) who was convicted of rapes which occurred many years ago (two week trial, at Inner London Crown Court before HHJ Madge). Four other females also made allegations of indecent and sexual assault, of which he was also convicted. The defendant received a sentence of 25 years imprisonment. In sentencing, the learned judge agreed that a determinate sentence was appropriate notwithstanding that he had made a finding that the defendant was a “Dangerous Offender”.

This was due to the defendant’s age (66) and the length of the determinate sentence to be passed. The learned judge referred the case to the Hon. Lowell Goddard’s Independent Inquiry into Child Sexual Abuse, for consideration, given his concerns regarding the previous investigation by the Local Authority where some of the females lived and concerns relating to regulation of Churches.

Robert Newcombe has wide experience in financial crime cases, as well as in multi-million pound cyber frauds – conspiracy to defraud and money laundering. He acts as leading junior counsel or as junior alone in these fraud trials. He has lectured on cyber fraud to solicitors and barristers for CPD: for example with a former Head of Operations of the British Army’s Cyber Warfare branch, as part of the Church Court Chambers lecture series: “Cyber Fraud and Cyber Security: Trojan Botnets, Web-Injects and Mules – Law and Practical Case Management”.

Robert Newcombe has a breadth and depth of criminal law experience and is often engaged by clients (often of good character and high standing in the community) specifically because of his ability to master technically complex facts and legal areas.

A recent case involved a CHIS (Covert Human Intelligence Source). The abuse of process hearing relating to prosecution disclosure lasted for four weeks. RIPA Authorizations; Search Warrants; Open Justice; potential Waiver of Privilege by the Crown and the Burden and Standard of Proof were issues on which Robert submitted written documents, and made submissions.

Robert has acted as trial counsel in over a dozen homicide cases at the Central Criminal Court and elsewhere. In a Newton Hearing in 2016 at the Central Criminal Court involving 2 days of evidence, acting as junior alone, Robert succeeded in persuading the learned judge that the killing had not been done for financial gain as the Crown alleged – which reduced the Life sentence by 20 years. In other murder cases Robert has been instructed as junior counsel to QCs, and has conducted attempted murder trials as junior counsel alone.

He acted as leading junior counsel in a nine handed conspiracy to defraud for two months at Southwark Crown Court, where the client was first on the indictment. Issues involved the scope of the conspiracy and guilty pleas of two co-defendants, and whether their bases of plea were admissible.

Robert Newcombe also led another barrister in chambers, Oliver Grimwood, in a successful two month money laundering trial where video-links to witnesses in Jamaica were set up.

Mr Newcombe has acted as junior alone, representing clients for attempted murder and is very familiar with firearms and their legitimate and illegal uses. Antique hammer guns or concealed key-ring guns or fully automatic machine pistols – Robert has a wide array of experience with their deployment. He has lectured to barristers and solicitors on this technical area.

In addition to his Environmental Law expertise, Robert Newcombe also is instructed to defend and prosecute in Planning Enforcement cases under the provisions of section 179 et sec of the Town and Country Planning Acts. These have included Appeals to the Inspector and Statutory Appeals to the High Court and injunctions, as well as jury trials.

His Regulatory work also includes cases prosecuted by the Health & Safety Executive. In 2014 he represented a business owner at Southwark Crown Court who was tried for breaches of the Work at Height Regulations, which resulted in the fatality of an employee.

Robert Newcombe has a real flair for dealing with contentious expert evidence, whether it be financial, FCA related evidence; or medical evidence including brain injuries; or blood spatter, glass shards, ballistics and DNA evidence; or surveyors’ reports regarding baselines on land levels; or cell site and telecoms evidence; or engineering or waste management industry expert evidence.

Cyber fraud and Cyber Security: Trojan Botnets, Web Injects and Mules (at the University of Northumbria’s Centre for Evidence and Criminal Justice Studies) and as part of the Church Court Chambers’ CPD Lecture series.

The Honourable Society of Lincoln’s Inn