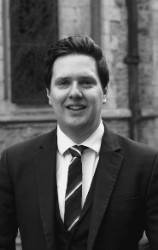 "Colin is extremely bright, with a very calm and engaging manner. He is a fearless court advocate. Clients know they are in safe hands with him"

"Colin Witcher is incredibly calm and well organised, safe and reassuring with clients, with a superb legal brain which gives great attention to the detail in the most complex of cases"

"Juries warm to him; he approaches the cross-examination of vulnerable witnesses with care and skill."

“A very fine Advocate”, “an impressive knowledge of law and procedure”

Colin Witcher has cemented his position as Counsel of choice for instructing solicitors and Queen’s Counsel in complex and paper-heavy cases. Colin recently acted as Leading Counsel in a high-value fraud trial at Southwark Crown Court, representing the first defendant (Jan – Feb 2022). Colin now begins (March 2022) as Leading Counsel the defence of a former director who faces an indictment arising out of the high-profile collapse of an investment company.

Alongside a busy court practice, Colin is presently retained by the Bank of England assisting in a complex investigation.  Prior to that, Colin spent three years assisting a Regulator with an EU competition procurement matter.

In 2020 and 2021, despite the pandemic, Colin defended in three murder trials, appeared in two new authorities before the Court of Appeal, and defended in the high-profile Vietnamese lorry death case over a ten-week trial at the Central Criminal Court where the defendant faced 39 counts of manslaughter

R v O: Leading Counsel before the Court of Appeal (VP) in appeal against conviction and subsequent application for leave to the Supreme Court (2020).

R v E: Led by Michael Mather-Lees QC in unusual murder trial prosecuted with the consent of the AG (2020)

Colin routinely acts on behalf of companies and directors in the full spectrum of regulatory and criminal offending including health and safety, food hygiene and licensing. He has extensive experience of asset forfeiture, restraint and confiscation matters, including acting in one of the largest confiscation cases since the 2002 Act came into force (£154m benefit).

Colin is often entrusted with cases of the highest sensitivity acting in high-profile and high-value matters. He is sought after to defend in financial crime cases and is highly experienced in confiscation and assest restraint, routinely acting on behalf of third parties. In 2019, Colin acted as Junior Counsel in the high-profile FA Bribery and Corruption Trial at Southwark Crown Court. Colin has extensive experience in Private Prosecutions, both on behalf of the prosecution and defence. Colin has lectured on this topic and was a recent invited speaker at the PPNL Association conference advising on Private Prosecutions.

Colin has a diverse and varied advisory practice and is often instructed to act as part of a larger team working on corporate investigations.  The same means that Colin is well placed to advise companies facing an investigation from relevant regulators. Recent examples include advising a FTSE100 company on compliance with Environmental Regulation and a Japanese Finance House on insider trading. Colin spent three years assisting a Regulator on the first ever investigation.

He has developed a reputation for offering excellent client care and for being an engaging and passionate advocate who can adapt to any tribunal, be they lay, professional, corporate or military. He is well versed in dealing with a variety of expert witnesses and has cross examined medical experts, including pathologists, breaking down complex facts and technical matters to get to the heart of the issue for jurors. In general crime, Colin has developed a specialism in defending in paper heavy, complex, criminal matters including murder, drugs and fraud which require thorough and effective case preparation. Colin has been led in a number of high-profile and complex criminal matters but is also a confident Jury advocate in his own right. He has appellate advocacy experience in both the High Court and the Court of Appeal, in addition to advising in CCRC matters.

In addition to his domestic practice, international law and military law has long been a passion for Colin both professionally and academically. As a former intern at the Special Court for Sierra Leone during the War Crime trial of Charles Taylor, the ex-president of Liberia, and as a Pegasus Scholar in Washington, Colin often brings an international perspective and approach to his cases. Colin has also discussed cross-boarder legal perspectives with experts, both legal and military, at the Pentagon, Qunatico and the Military Appeal Court, Washington DC.

Colin regularly publishes commentary on current legal issues and has lectured both domestically and internationally. In February 2017, Colin was invited to present a key note speech in Seattle, USA, on cross board perspectives on tackling racial bias within the jury system. In November 2017, Colin was invited to join the delegation in Qatar at an international bribery and corruption conference and in December 2018 Colin assisted in arranging a conference for The Rule of Law & Anti-Corruption Centre in London.

Extradition: Old Dogs, New Tricks (published by IFO) Colin co-wrote this article on extradition law with Kerim Fuad QC offering commentary on the separation of powers in the light of recent high-profile cases.

Disabled Children, a legal handbook (published by LAG) Colin was a researcher for this leading textbook on child disability law, focusing on researching and drafting content in respect of Statements of Special Educational Needs.

Middle Temple: Certificate of Honour for performance in Bar Finals