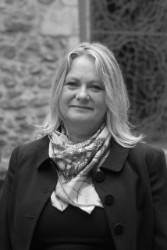 Lesley Manley is a highly experienced barrister. She has well deserved reputation for dealing with challenging cases and clients.

She has defended in a number of serious fraud matters.

The case of R V G concerned an alleged cheat on the Revenue of £1.2 million by a two defendants. Having inspected original files held by the Revenue the court ruled Lesley and co-defending counsel, a commercial specialist and using a multi disciplinary approached successfully argued that the prosecution was an abuse of process. Both defendants were acquitted. Thereafter Lesley was instructed in a complex conspiracy to defraud in Gibraltar.

She became known internationally for her role as defence counsel in R v Marrache. The trial lasted for 9 months and was the longest running fraud trial in the history of Gibraltar and concerned the loss of £40 million pounds. This case was tried at The Supreme Court of Gibraltar. This was a complex case that necessitated reviewing of the bankruptcy files from various civil actions brought by those who had suffered financial loss, reviewing volumes of other unused material including trust agreements.

In addition to factual issues in the trial the case gave rise to numerous legal complications and arguments which included recusal of Judge, abuse of process, applications to exclude evidence and a possible appeal to the Privy Council in relation to Judge only trial.

This case was complex not only in terms of the financial and Tusts aspects of the case but in terms of its international aspects. Evidence was received by live link by agreement with the government of the Czech Republic. There was evidence relating to a number of EU countries in particular Spain, Portugal, Belgium, and the Republic of Ireland and also to Israel, Canada and the United States.

This case was the subject of international media attention and reports can be found on www.chronicle.gi and www.gbc.gi/ . This matter is the subject of an appeal to the Privy Council.
In addition to acting as junior in respect of the criminal matter Lesley researched legal issues in respect of constitutional matters and appeared in court to assist Charles Gomez, Gibraltar Counsel, who brought a Constitutional Motion against the Attorney General’s Office and The Governor of Gibraltar on behalf of Behalf of Benjamin Marrache. The trial concluded in 2014.

On her return to the UK and upon joining Churchcourt Chambers Lesley was instructed as leading counsel in OPERATION AGULLIAR R v N in £1 million pound fraud at Southwark Crown Court. The defendant was deaf and accused of conspiracy to defraud the DWP of ATW payments and also charity funds. Conferences and the giving of evidence were facilitated by the services of a sign language interpreter

Lesley Manley is very experienced in defending in cases alleging sexual offending including cases where other offences such as violence, cruelty or robbery are connected. She has acted as leading and junior counsel.

She has been asked to provide written advises for convicted persons in connection with references to the Criminal Appeals Review Commission.

Lesley is a trained vulnerable witness facilitator and has provided training on several occasions to other members of the bar.

She is also a pupil supervisor and trained advocacy trainer at Middle Temple where she has taught for over 15 years.

This year she attended the Advocacy Trainers Symposium at the ICCA. She also was selected to attend the Florida Advocacy Course in Gainesville in 2018. She has experience of the most up to date teaching methods used nationally and internationally.

The diverse nature of her practice has led to her being instructed in a wide range of offences. Examples are armed robbery, kidnap, attempted murder, murder, child cruelty, cases where rape has been accompanied by section 18 and robbery, aggravated burglary and copyright theft.

Mercy killing-An act of Compassion or Self Interest.

Murder-Sexual Infidelity as a defence

She has provided lectures in the fields of the development in the law of sexual offences, vulnerable and intimidated witnesses, fraud and the development of the law in relation to firearms.

In 1994 she was chair of Education Appeals in Tower Hamlets

Lesley Manley is appreciated for her sensitive approach at the Coroner’s Court.

She has acted in numerous fatal road traffic collisions.

2013 Acted on behalf of family whose relative had died as a result of fall from Beachy Head. Verdict. misadventure.
She has also acted in a variety of difficult cases. They include

Represented a Custody Sergeant ( Newcastle Coroner’s Court) following the death of a man who had swallowed a drug package.

An inquest into the death of a wife whose husband had been originally charged with her murder. Verdict. Suicide.